A $100 million Metaverse R&D Center (MRDC) is under construction

This project is said to become one of the fewest metaverse projects recognized by the government of Australia. With claims of the center being the world's largest metaverse research center.

T&B (1) and Two Bulls (2) are collaborating to innovate in Metaverse Research & Development in Melbourne with a $100 million budget.

Jwanwat Ahriyavraromp (3), the founder and CEO of T & B, announced the project's launch date during the virtual expo. The Translucia Metaverse (4) project has been planned for the past year with a budget of 10 billion baht for this project alongside its partners.

A self-claimed token, "Lucium", will be launched alongside the project, which also accepts various cryptocurrencies in its metaverse.

I will use this project to connect the virtual and physical worlds with a bridge that lessens the gap, establishing goodness, prosperity, and happiness.

This evolution is said to create a leap in the metaverse race as it offers a place where you can hang out with your friends, communicate, interact, work, and also various forms of entertainment available that provide a smile and a real escape.

The Translucia metaverse also has its blockchain technology that is also 10,000 times faster than Ethereum, which also provides a gas fee 1,000 times less.

It also enables a back-end technology that allows its partners to build their metaverse and connect it to the Translucia Metaverse (5).

This project is said to become one of the fewest metaverse projects recognized by the government of Australia. With claims of the center being the world's largest metaverse research center.

This project got a boost when it partnered with leading specialist companies in the competition, including Two Bulls. It is also said to have links with the world’s top experts in the metaverse development industry.

Their core focus is to establish an advanced technology that supports any device and provides a user-friendly experience for all.

Why is Metaverse hyped?

The metaverse is a project or a concept that has existed for decades but has gained popularity and recognition quite recently.

The insane popularity it received for its concept of a digital world or a virtual world that operates on the internet but affects the material world.

Many tech experts have worked and aimed to build a life where people can survive on the internet, where everything you do in the material world is also possible in the virtual world.

A virtual world that just requires a headset and a motion-sensing device for you to revolve around the environment. This has been the evolution of the internet, where many tech-giants are trying to acquire the race and build a place where people can relate to themselves and also survive.

The business and corporate sectors are also poised to create their ways in the metaverse. Also, it is now feasible to track a colleague’s whereabouts in a virtual environment and communicate or discuss with them in the metaverse.

Multiple possibilities in the metaverse led to the establishment of the Translucia Metaverse, which claims to provide every feature from the material world into a virtual universe where people can acquire actual happiness and provide a smile on their faces.

As many investors and developers are looking for ways to entice the metaverse, this Thai-Aus collaboration sets a technical capability in the future-focused metaverse.

Two Bulls have already established a reputation for developing high-quality products in the industry for their work alongside foreign and national clients such as NBC, Verizon, Hasbro, and Disney.

The Hidden Park (12), an augmented reality game launched in 2009 with extensive experience for the users, also pioneered the AR game sector.

With its growing reputation, it also received several awards, such as the "National iAward" for "Best Consumer Product" and the "Innovation and Technology Award" at the Victorian Export Awards (13).

Two Bulls will play a vital role in the development of the MRDC. Obtaining and researching data with the study of the metaverse and user behavior to create a better experience for the users.

Pellar technology (14), another core partner for the Translucia Metaverse, is set to build a high-end blockchain technology that also supports digital assets and creates a well-established economy and economic activities within the metaverse and the material world.

The senior executive vice-president of the Digital Economy Promotion Agency (Depa), Passakorn Prathombutr (15), said the estimated market of the metaverse is worth $500 billion worldwide. This has resulted in increased exposure to the global economy and digital currency.

The R&D center for metaverse development is a boon for it, which will create a gateway for conquering multiple possibilities in the virtual world and establish well-versed and diversified metaverse activities.

Translucia Metaverse, in contrast to other well-known metaverses, is a people-oriented virtual world with the sole objective of delivering a better and more friendly user experience rather than making money through virtual currency and trades, hence fostering sustainability


Is Solana on the Verge of Sinking? 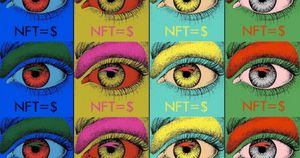