Web3 users will soon be able to visit Costa Rica, Ukraine, and Africa in the Metaverse owing to businesses building the virtual world with a purpose in mind.

According to recent data from the research firm MarketsandMarkets (1), the size of the metaverse will increase by $426.9 billion by the end of 2027, making it one of the most important locations for businesses and individual users trying to expand their reach. Additionally, a recent analysis from Juniper Research (2) connects the use cases for the metaverse with the emergence of non-fungible tokens (NFTs).

The research also predicts that metaverse-related NFTs will increase transactions from 600,000 in 2022 to 9.8 million in 2027. Due to this, the majority of locations around the world have begun to develop a virtual existence.

For instance, the emirate of Dubai recently unveiled its Dubai Metaverse Strategy plan (3), which aims to draw in brands and initiatives from overseas while also supporting the education of developers, content producers, and consumers of digital platforms in the metaverse. Industry experts think this is a sensible step toward digital space, despite how futuristic it may sound.

Future-focused areas, governments, and even the majority of corporations will use communication, gamification, and monetization opportunities in the Metaverse as web3 technology becomes increasingly ingrained in people's daily lives.

Most organizations are now concentrating on creating territories within the Metaverse ecosystem, such as the virtual continent of Africa that may be accessible in Ubuntuland's (4) housing region dubbed Africarare.

Mic Mann, the co-founder and CEO of Africarare (5), claims that the continent's population is among the fastest-growing globally and will rank among the largest by the year 2050. I suggest that the current period and time are ideal for educating Africa's youth about the new global economy and working with groups like Africarare, which aims to develop the African labor market.

To establish visibility, the African telecom company MTN has acquired 12x12 villages, or 144 plots, of the virtual property in Ubuntuland. To participate in unique activities, users are identified by digital avatars that can enter Africarare's "central hub" territory.

These include experiences like galleries, live performances, stand-up comedy, film festivals, video content channels, safaris, and more. They span from art to education. A sense of virtual tourism will be made possible by Africarare, emphasizing that the project aims to promote African employment and educational prospects.

The Metaverse is the greatest equalizer in the universe. With Africarare, Africans will get access to the new environment and be able to flourish in terms of their creative productivity. A data company with Austrian roots recently purchased a 6x6 village in Ubuntuland to strengthen its presence and engage with other businesses in this region of the metaverse to ensure the strategy.

To better understand Africa's expanding population, World Data Lab intends to use this collaboration to promote awareness of important issues through online projects, such as creating a data science "metaversity." The UBUNTU token (6), based on the Ethereum blockchain and made available this year, will be used by users in Ubuntuland as its currency.

The African art galleries are committed to presenting the continent's prodigious creativity. The platform has received more than 15,000 visits since its alpha launch in October 2021. Mila Gallery—which in Swahili means tradition—will continue to showcase carefully curated exhibitions by some of the continent's most renowned artists.

The budding African artists' works are shown at Africa's Inuka gallery and Swahili for "rise" gallery, both of which will host exhibitions on an ongoing basis and sell the artwork as NFTs. While Ubuntuland showcases Africa in the metaverse, Alóki's project lets users experience Costa Rica, a country in Central America.

According to Bartek Lechowski, the COO of Alóki (7), this platform uses blockchain technology to reconnect people to nature since its play-to-own metaverse empowers players to take care of the environment and contribute to the creation of a sustainable future for society. Through the project's blockchain-based game, which asserts that digital activities reflect those in the real world via NFT ownership, players will have the opportunity to virtually tour Costa Rica's rainforests while contributing to sustainable development.

According to Brittany Kaiser, co-founder of The Heritage Hub (8), the nonprofit uses digital scanning, 3D modeling, and NFT tokenization to preserve local heritage so it can be widely shared in the metaverse museum. As a result, users will soon be able to experience Ukrainian history within the Metaverse.

The purpose of driving adoption

It's certainly imaginative for businesses to recreate distinct parts of the Metaverse while also wondering whether customers will be interested in the platforms. For instance, the market research company Ipsos (9) recently surveyed the World Economic Forum and discovered that half of the adults in 29 countries are familiar with the metaverse.

The study also found that excitement for adopting the metaverse is significantly higher in emerging countries than in most high-income countries. Compared to less than a third in Japan, Great Britain, Belgium, Canada, France, and Germany, more than two-thirds of people in China, Peru, India, Saudi Arabia, and Colombia express a favorable opinion of engaging with the extended reality.

Mann believes education is crucial for promoting adoption and making it accessible to upskill and empower Africans and the general public to raise awareness of the global community, introduce new technologies to the local communities, and open up opportunities for them. Lechowski also emphasized that a Metaverse with a purpose will be necessary for progress, but simply rerouting daily routines won't result in widespread acceptance.

Users of this technology must understand the advantages they will gain; for example, providing personalized experiences would encourage adoption because, despite the metaverse's limited ability to provide a true representation of reality, this project has the potential to democratize access to nature over the long term.

As more culturally significant parts of Ukraine are added to the Heritage Hub's digital museum, the team will be able to create more team rolling items to add to the metaverse and generate digital tourism revenue using the tech stack in the future, Kaiser explained. They will also be able to create open source access to their heritage for education and recreation. 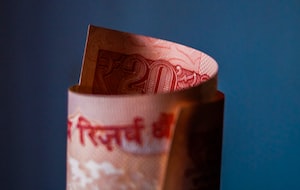 
Metaverse, NFTs & Cryptocurrency: The rise of digital India and the introduction of digital currency 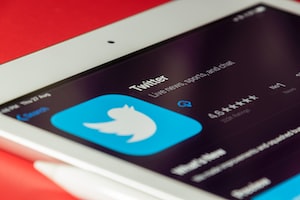