And the award for "Best Metaverse Performance" goes to?

The MTV (1) awards started in 1984 and have since gained a substantial global reputation among the entertainment community and video music followers for now being considered one of the most prestigious commercial awards within the industry.

Kanye West, Madonna, and Nirvana are just a few of the famous artists. They have won awards in previous MTV VMAs for categories such as "Song of the Year," "Video of the Year," and "Artist of the Year," while now it has included a web3 version of the award with an MTV VMA (2) category rewarding artists performing in the metaverse.

Six artists are nominated for this inaugural award:

Apart from the category announcement and releasing the nominations for the category, MTV also announced that they would offer a metaverse experience in this year’s award show with Paramount Game Studios' (9) release of The VMA Experience in the Roblox metaverse this past week, which is available until Sept. 3, 2022.

Roblox, a virtual environment engaged with the expanding pop culture events that augment the entertainment sector with a virtual twist, including virtual concerts and festivals, has two performances up for nomination as well. Later in the year, it also collaborated with Insomniac, a significant producer of electronic dance music festivals, to develop virtual festivals for its metaverse environment.

While several festivals and concerts are scheduled as pop culture events, they follow one another in the extremely busy virtual worlds. Insomniac (10) and Roblox announced their partnership to produce numerous pop culture events globally last year.

The emergence of music streaming services has paved the way for web3 integrations in the music business, which wasn't unexpected given the sharp increase in interest in digital music consumption. Today, artists who release their singles as NFTs can be recognized on the international charts, and others are leveraging blockchain technology to modernize music licensing.

Last month, an Algorand (11) blockchain-based web3 project went live, and renowned music composer Sefi Carmel unveiled his music streaming service SphereTrax on the Bitcoin SV network. Additionally, rapper Nas's songs "Rare" and "Ultra-black" were included in a project that Justin Blau established with the help of a platform that allows fans to invest in and co-own music projects.

With the music industry being the most impacted and influenced by the future of technology, terms like "metaverse," "AI," and "VR" are now commonly used in daily conversations and at dinner tables. This has led to the opening of multiple waves of adoption that have sparked the buzz in the tech industry.

A virtual concert is a performance on a virtual stage within virtual reality while synchronizing to previously recorded music in a virtual setting, such as the metaverse. It is a new, digital means of connecting with fans by giving them a new way to enjoy their favorite artists.

Several concerts were canceled or postponed over the previous two years due to the pandemic, and musicians are finally beginning to emerge from this cycle. However, due to the buzz around the metaverse phenomenon and the great demand among fans, there were also a lot of initiatives taking place online to meet the need for streaming sessions of unique live performances from artist-only events.

The development of immersive gig experiences, along with the lack of additional costs for transportation, food, etc., as well as the ease of obtaining tickets and improved comfort, led to the majority of fans and communities being drawn to the metaverse as the concert industry began to pave the way in the virtual universe.

With the introduction of a category for virtual live music events by the MTV VMA, a competition has been formed for musicians to participate in the metaverse. Virtual live music events have become increasingly popular. Given the success of other sectors like gaming and film, it makes sense for the music industry to have a piece of the metaverse pie.

There are countless ways that music might enter virtual reality. Still, one of the most popular is live performances, where motion capture technology enables avatars to mimic the performers' movements in real time for the subsequent streaming market. Instead of selling t-shirts and records, artists can adopt the idea and offer their merch in the form of limited-edition avatar skins or NFTs, exclusive gaming accessories.

As the profit greatly outweighs the cost of setting up a metaverse stream, several mainstream artists have already begun demonstrating their love for the virtual world. For example, Lil Nas X (12) performed in front of 33 million spectators at a concert, and Travis Scott's five-way run in Fortnite attracted almost 46 million viewers.

The future of music

Popular events like Coachella (13) and Tomorrowland (14) have already created partnerships with virtual platforms to extend their attendance to the metaverse, advancing the festival and live concert concept. This format appears appealing in genres other than rock and metal, where it is more challenging or even impossible to replicate the emotional intensity of a live setting in a virtual encounter.

Compared to other genres in the metaverse, the music industry has a far more promising future owing to its plethora of web3 integrations, the trajectory of digital consumption, artists releasing singles as NFTs, and blockchain for improvising licensing and NFTs for ticketing. 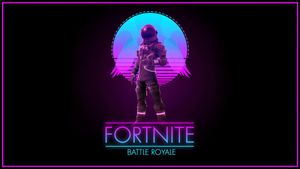 
Fortnite and its shift to the metaverse 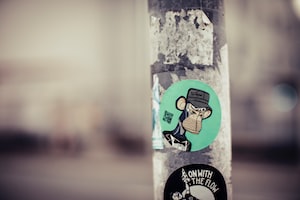