Although the public's interest in the Metaverse has waned somewhat, major fashion labels like Gucci and Balenciaga are making their way into it as they work hard to capitalize on its appeal.

Many luxury brands have already gotten on the gamification bandwagon by offering branded skins and purchasing real estate in the Metaverse. Many users have also already visited Decentraland Fashion Week (1), where they played the Balenciaga game and frequently observed the transition of digital collections from mass markets to luxury markets.

The creator of the non-fungible token NFT MetaBirkins furry bags (2), artist Mason Rothchild, and the Hermès brand are also embroiled in a heated argument on Web 3.0. This incident brought to light the fact that Hermès uses the skin of exotic animals while MetaBirkin's digital fur is only an image, raising the crucial question of what luxury consumers pay for

The answer is that it doesn't matter because the artwork is virtual creative content rather than a physical product and isn't even a fake, contradicting Hermès's claim that MetaBirkin uses the brand for its benefit. In other words, a digital bag cannot be the target of a lawsuit.

Additionally, if a person already owns a digital Birkin, they would probably acquire a genuine Birkin by purchasing a token. Hermès' company does not harm; rather, it draws in new customers by making the product appear more trendy and contemporary. Whatever the case, it served as a wake-up call for luxury companies, letting them know how important it was to either start their digital fashion departments or collaborate with currently active contemporary artists online.

While NFT Birkin Bags are generally extremely popular, some dealers digitize their vintage bags and market them as NFTs while simultaneously making a real one. On the other hand, Kanye West paid up to $275,000 (3) for one for his girlfriend, Cheney Jones. With NFTs, however, a bag like this becomes modern art and is regarded as an investment both in the current world and as an NFT.

Even in the wake of such events, it is obvious that the fashion industry has transitioned to digital fashion. Brands also started creating their own NFTs, giving them access to a fan club that is exclusive to them. These NFTs are more expensive than membership cards for devoted customers, and they can also be purchased, sold, and earned, but they are not guaranteed.

TiffCoin (4) is a good example; only 499 of them exist, and their launch price was 30 ether. The user is purchasing a cat in the bag because they will also have access to exclusive brand events if they purchase one, and they also have no idea how long the event will last or how long they will have access to the exclusives. However, the owner may be a collector or an honorary client of Tiffany & Co.

Numerous designers are beginning to allow customers to pay with cryptocurrencies to purchase actual clothing from their boutiques. As of right now, holders of cryptocurrencies can shop at Philipp Plein (6), Gucci (7), Off-White (8), and Balenciaga (9). To pay in style, customers need a suitable wallet, and Fendi was the brand that debuted its Web3 cryptocurrency wallets in cooperation with Ledger at Men's Fashion Week (10). These wallets resemble small versions of the brand's classic baguette bags.

Brands are now creating the same collections in reality and digitally, like Zara (11), which released a digital version of its clothing to increase brand awareness. Despite its explanation, who would want to visit the Zara Metaverse that is identical to the real world? Even though the beginning could be challenging, things might improve.

While generally speaking, digital fashion is still a tool for the public to capture free media traffic as businesses understand pretty well and publicize that consumers have something digital, which is needed as it will spread at the speed of light.

In the same advertising campaign where everyone chooses to create their avatars and share them on social media as the greatest marketing, for instance, Adidas (12) also introduced a personality-based-AI-generated avatar creation website where users must answer a few questions and select sneakers.

Even though every avatar has an identical appearance—which is just not the point—all this digital couture has finally made its way to the catwalk. The Etro brand received its Liquid Paisley collection at the Metaverse Fashion Week in real-time, which is far more current than the brand's current trends because there are more:

Now more than ever, the general public ought to desire to dress like The Matrix's Trinity (13), wearing a Balenciaga coat, Gucci glasses, and a metabirkin (a real one), which is completed with a hanging crypto gold wallet by Fendi x Ledger. This is because cyber aesthetics have become fashionable once more due to the Wachowski film's (14) enormous popularity and how natural it appears in contemporary life. 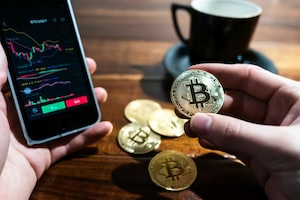 
Does automated cryptocurrency trading exist? What is the process?


Work-in-Metaverse: The Metaverse offers users the chance to advance careers 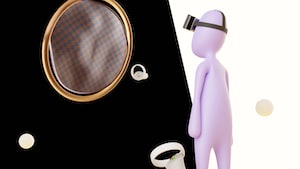