Fortnite and its shift to the metaverse

Fortnite is a titan of the gaming industry, and its contribution to the community has been nothing short of legendary. This is an in-depth analysis of Fortnite as a game and its shift into the metaverse.

When we talk about some of the biggest video games on earth, Fortnite is the top contender.

The influence and impact Fortnite has had on the gaming community are unprecedented.

The game has over 125 million players, which is only increasing daily. (1)

The creation of Fortnite began in 2011 when Epic Games had an idea to revolutionize third-person action shooter games.

But their idea of such a game required a lot of work, and the fact that there were other competitive shooter games like Fortnite on the market did not help. (2)

The transition from Unreal Engine 3 to Unreal Engine 4, a deeper role-playing game approach to increase the game's longevity, and a change in art direction from a dark theme to a more cartoonish style were among the factors that slowed Fortnite's development.

The cartoonish art style was to get more young users to interact with their game.

Although there were a lot of problems during the initial development, Epic was able to release a paid model of the game in 2017 and was making plans to release the free version by 2019.

The idea behind this 2-year delay was to get feedback on their game and improve it for when it hits a larger audience.

What is the battle royale genre?

The battle royale genre comes into play when many players compete on a common online map. The players are then made to compete, eliminating the players that lose. This continues until only one person remains.

The last person to not be eliminated is the winner of the battle royale.

The idea of Fortnite was born with the idea of being a "Save the World Game." The inspiration behind this was games like Minecraft and Call of Duty.

They wanted users to fight together against common enemies.

But what made them shift to Battle Royale?

When Fortnite was released in 2017, another game called Player Unknown Battleground hit the market.

The success of PUBG was unimaginable. The game had sold more than 5 million copies in the three months since its March 2017 release and was drawing strong interest in the battle royale genre. (3)

With over 10 million players in the first two weeks of release, this version quickly grew in popularity. As a result, Epic formed separate teams to continue Fortnite Battle Royale development independently of the Save the World version, excluding shared engine components and art assets. (4)

Revenue from Fortnite Battle Royale during the first half of 2018 has been estimated in the hundreds of millions of dollars per month, with total 2018 revenue estimated at $2.4 billion by analysis firm SuperData Research. Fortnite's total revenue reached more than $9 billion by the end of 2019. (5)

Fortnite's phenomenal success hit an all-time high when even celebrities started publicly admitting that they loved the game.

As a result, Epic organized a Fortnite Battle Royale pro-am with 50 pairs of streamers and professional players paired with celebrities at E3 2018 in June 2018.

Fortnite Battle Royale is a game mode in which 100 players are dropped onto a common map, and the last surviving player is the winner.

A player can get eliminated in three ways: first, the player takes fall damage after falling from a high location and gets eliminated.

The second way for a player to be eliminated is when they get shot at by an opponent and are killed.

The third and final way for players to get eliminated is when they are not in the playing area. As the match progresses, the map gradually shrinks, and if a player is not in the playable region after the map shrinks, they will be eliminated.

If a player is not in the playable region, they are said to be in the 'storm', where they will take continous damage until they enter the safe playable area.

The entire map of Fortnite is filled with weapons: guns, grenades, rocket launchers, and even vehicles.

With the help of this randomly generated loot around the map, a user must eliminate other players to remain the last one standing.

Fortnite's armory of weapons is extensive, from basic combat bludgeons to laser rifles.

In general, weapons can be split into two groups: ranged weapons and melee weapons, which are further separated into the following subgroups: (7)

Possibly the most adaptable weapon class in the game is the assault rifle. They have a wide range of coverage and a high DPS output.

They are an amazing weapon overall for all kinds of players. The only drawback to assault rifles is that you will compromise on precision and accuracy.

The best assault rifle in Fortnite right now is the Striker burst rifle.

Pistols are perhaps the most commonly found weapons. Although they are tough to use, they can be very good for close-range situations.

Even though the automatic handguns' clips tend to empty quite quickly, they perform admirably in a pinch. The variety of hand cannons at the other end of the pistol spectrum deliver a powerful punch and allow you to use all of the heavy ammo you've gathered.

The best pistol in Fortnite right now is the sidearm pistol.

Shotguns are excellent close-range weapons with significant knockback and damage potential. Anyone who likes close-quarters combat should have this equipped. The most significant drawback of shotgun use is the often small magazine capacity.

The Auto Shotgun is the best in its class right now.

Sniper rifles are powerful, accurate weapons with a long range that are great for defense. You should choose a suitable shooting location to make the most of snipers.

To make the most of the sniper's great penetration and to take down enemy groups more rapidly, try to line up your targets for shots. The main drawback of snipers is how challenging it is to use them up close.

The best sniper in the game right now is DMR.

Explosive weapons offer extremely high impact in addition to great damage. These weapons may stop large numbers of foes in their tracks, and the strike's stunning state offers your comrades more time to finish off their enemies.

The firefly jar is the best explosive weapon in the game.

But what makes Fortnite different from the other battle royales?

Fortnite’s signature feature is its building mode. This model takes inspiration from games like Minecraft, where players can freely build structures provided they have the resources.

The building mode in Fortnite works quite similarly. Players can make structures like ramps, walls, floors, and pyramids when they gather any building material.

A combination of these structures allows players to create, literally, buildings in between matches. These buildings can cover your teammates or help you get into more advantageous positions.

The building mode's effect on the outcome of the Battle Royale is huge. Sometimes the difference between winning and losing is the players' structures.

Fortnite’s shift into the metaverse

Fortnite has undoubtedly had huge success in its multiplayer Battle Royale. With the help of the metaverse, Epic plans to expand Fortnite from being just a game to a social application that lets users worldwide interact with each other.

Donal Mustard, CCO of Epic, stressed the studio's constant desire to provide a distinctive entertainment experience while speaking about the game.

Our approach since the start, or our goal, has been how do we create truly mass-scale, broad-based entertainment. And I always think that the way to do that is through narrative conceit.

For the past couple of seasons, Fortnite has been hosting concerts by famous individuals, like the Travis Scott concert and the Marshmallow concert. (8)

This feature is only part of Epic’s plan to convert Fortnite into a metaverse game.

Epic has also honored professional gamers and iconic celebrities with their own Avatar Skins in the game.

In a 2021 interview, Mustard discussed everything Epic does to develop the Fortnite metaverse. The concept of immersive narrative is included, accomplished by several playable live events in recent seasons.

The more collaborations Fortnite does, the more immersive experience it can give its players and the closer it comes to joining the metaverse.

Epic has partnerships in every area, including single-player missions, live events, and environmental storytelling. Partnerships cooperate to create an infinite metaverse even in more conventional mediums like cinematics, audio logs, and non-player characters.

The most recent collabs in Fortnite include the Naruto collab, where the beloved anime character Naruto comes to life in Fortnite, giving the players a unique experience of Naruto as an anime.

The future of Fortnite

Recently, Fortnite released a new mode called "Zero Build." This is a game mode that removes the building aspect of Fortnite. This mode was met with a lot of criticism as people believed that removing the building mode from Fortnite would eliminate the essence of the game.

However, Epic saw a surge in new players after “Zero Build” mode was released. This sparked a lot of debates in the gaming community.

Last year, Ninja, one of the most popular video game streamers, effectively stopped playing "Fortnite" due to stream trolls and switched to "Valorant" and "League of Legends."

He has, however, recently assimilated back into the neighborhood for the popular battle royale that gave rise to his notoriety. But just now, he's articulating his worries about how Epic might expand Zero Build into competitive mode, taking it even further.

The only competitive playlist for "Fortnite" currently is still build-only. According to Ninja, a different competitive Zero Build playlist could endanger the current one by dividing players between the two.

In other words, even though Zero Build brought in new players, he doesn't believe "Fortnite" has a large enough user base to support both a thriving esports league and, although Epic hasn't made any firm intentions to turn Zero Build into a competitive mode, Ninja discussed how it might be detrimental to the player base if it did. (9)

Despite the controversies surrounding its recent mode, Fortnite has successfully morphed into a metaverse game and has managed to incite a large number of users into interacting with the metaverse.

Fortnite is currently leading the Metaverse gaming community and will continue to do so of its phenomenal success. 
And the award for "Best Metaverse Performance" goes to? 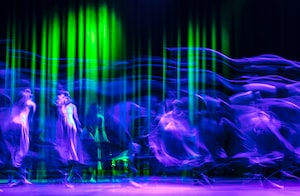