NFTs are continuing to develop innovative aspects for the collectible industry, with initiatives attracting hundreds of millions of dollars from large investors. Over 56,000 addresses have signed up to get shared ownership of the valuable fractionalized CryptoPunk NFT.

Innovative endeavors such as CryptoPunks (1) or the Bored Ape Yacht Club (2) are good examples of how rare NFT collections are. It is now quite difficult for the average investor to get an NFT from these collections. Fractionalizing ownership of valuable NFTs will increase accessibility and give more investors a stake in their portfolios.

The Unique Networks (3), Kusama (4), and Polkadot-based (5) NFT infrastructures will split ownership of the CryptoPunk NFT for the more than 56,000 addresses that have registered to receive the share. The fractionalization of CryptoPunk #3042 (6), which ushers in a new era that is accessible, interchangeable, and shareable across chains for a fraction of the cost, is giving consumers a chance to participate in the highly segregated environment and an opportunity for interoperability.

The CryptoPunk NFT #3042 was sold by Unique Network for 46.95 ETH, or $82,000, even though it was originally sold for $16 in November before CryptoPunks rose to prominence as a significant Ethereum-based project and became synonymous with crypto-art and NFTs. The democratization of the asset and blockchain interoperability were the main goals of the acquisition of this fractionalized NFT asset. Additionally, there are no fees or costs involved with participating in the CryptoPunk NFT, which makes the Punks a People's Campaign.

What is fractional NFT?

A fractional NFT is simply an NFT that has been divided into smaller fractions, allowing many users to claim ownership of a single NFT's parts. It is fractionalized by using a smart contract that generates a certain number of tokens tied to the original NFT, allowing each holder to have a portion of ownership that can also be traded or exchanged on secondary markets.

NFTs are ERC-721 (8) tokens produced by an immutable smart contract on the Ethereum blockchain, making them difficult to replicate and the ideal platform for identifying specific intellectual property. A significant auction of NFT projects generated a buzz in the sector, contributing to the parabolic increase of NFT assets in 2021.

These virtual assets can collaborate in the form of digital artwork, in-game goods, virtual properties, and a range of other things that already exist and can function collectively. Everyday: The First 5000 Days (9) by digital artist Beeple was sold for $69 million at Christie's auction house, setting a record sale and paving the way for several NFT projects and avatars by CryptoPunks and Bored Ape Yacht Club, many of which are fetching millions of dollars on the secondary market.

Difference in F-NFTs and NFTs

F-NFTs, which represent a portion of ownership of a total NFT asset, are fractional NFTs. Although there is no mystery about it, an NFT is a fully developed asset, whereas F-NFTs are indeed simple fractions of an NFT.

However, users must be aware that fractionalization can be undone, and F-NFTs can be restored to their original state as a complete NFT. To unlock the original NFT, the smart contract that fractionalizes the NFT has the option to buy out F-NFTs and all other fractions from users.

An F-NFT holder can initiate the buyout option by returning a predetermined number of ERC-20 tokens to the smart contract. This will launch the buyback auction, which will run for a specific duration and give other F-NFT holders time to decide. The fractions are immediately returned to the smart contract, and if the buyout is completed at the given time, the buyer gains full possession of the NFT.

On the Ethereum blockchain, the ERC-721 token standard and ERC-1155 (10), which produce unique NFTs, are the two most frequently used standards for establishing NFTs. In contrast, the ERC-20 standard is used to create altcoins and other fungible tokens or assets.

Since fungible tokens are interchangeable, each one has a comparable utility and intrinsic value. Any user with an ERC-20 (11) token also owns a portion of the connected NFT. Users can utilize smart contracts to deploy numerous ERC-20 tokens linked to an indivisible ERC-721 NFT.

The major benefit that F-NFTs provide users is the opportunity to own a portion of the popular and expensive NFT. However, it depends on the NFT and the platforms where users buy their NFTs since the holder may also be granted some local governance rights in addition to a specific fraction set.

For instance, there are 10,000 CryptoPunk NFTs with a limited sale of supply due to their heavy and expensive pricing, whereas a collection of 50 CryptoPunk NFTs, when fractionalized into 250 million tokens each represents a part of the NFT to be known as uPunks, which also obtained a market cap of $12.9 million while increasing sales and the number of users accessing the CryptoPunk services.

Holders of uPunk (12) tokens can also bid on any CryptoPunk collection, and if 50 percent of the 250 million votes unlock the collection, the highest bidder will receive each of the NFTs.Some F-NFT projects also support staking, allowing holders to earn passive income alongside voting rights.

The Mutant Cats (13) project had fractional shares called $FISH (14) that represented fractional ownership of NFT, and each mutant holder could stake them to earn 10 $FISH per day while also gaining exclusive access to the Mutant Cat DAO community and voting rights over the DAO's assets.

Although the concept of fractional NFTs is still in its nascent stage, it has the potential to become the next big thing in the ever-growing crypto industry. Thus, it offers fractionalization, which allows for greater liquidity and opens up endless possibilities for investment strategies.

This will also open up a significant market with a larger pool of investors, ensuring that F-NFTs will power the next wave of digital asset monetization. 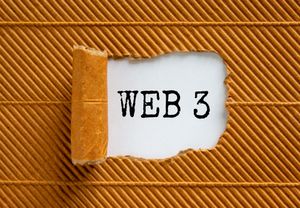 
How decentralized web 3.0 is rising in demand for web3 developers?


The Metaverse Interoperability Challenges: The Launch of the OMA3 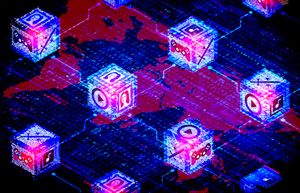