Metaverse users have the potential to recreate their digital identities, which are based on their digital avatars and other digital assets, but doing so does present some challenges.

As more and more businesses, nations, and even brands have started experimenting with technology and expanding their virtual spheres of influence, the term "metaverse" has ideally become a natural concept.

Because the metaverse technology is still in its infancy, a recent estimate from the technology research and consultancy firm Technavio (1) estimated that the market share value of the metaverse will reach $50.37 billion by the year 2026.

The other report asserts that e-commerce, which is anticipated to reach a market value of $60.47 billion by 2026, will be the primary driver of the metaverse's growth. The metaverse may be the next phase of social networking, as e-commerce via social media platforms is also expected to grow over time.

Users and investors shouldn't be surprised that many Millennials (2) and members of Generation Z (3) are exhibiting a keen interest in the metaverse due to its many positive aspects and bright future possibilities.

The key element of the Metaverse

The key element of the metaverse is its digital identity, which is represented by digital avatars and collectibles and allows users to choose how they want to show themselves in the virtual world.

The concept of personalizing digital avatars and developing digital identities has caught the attention of many young people, according to the (4) "Digital Ownership Report 2022." Additionally, according to the report, 63% of Millennials anticipate that the metaverse will assist them in reinventing themselves, whether virtually or physically, while 70% of Americans believe that their clothing and skins are the most substantial factor in their decision to recreate their digital identities.

Many users on social media have reinvented themselves to convey a likable and interactive image of who they want to be. The metaverse offers a 3D twist by allowing users to express their imagination through an avatar, which can let each user be themselves without worrying about face-to-face interactions.

The metaverse expands the bounds and allows users to freely envision the unimaginable and act any way they feel, in contrast to web2 applications that run on centralized regulations and constraints that likewise inhibit and add an imaginary border (5).

Users may customize their avatars to represent not just themselves but also their digital products and economy by using the digital assets they already have. Since the avatar may be customized in every way, users and creators can curate avatars that match their online personas.

Digital identity has the potential to be described as the specifically identifiable data that links a user's online existence, even though there isn't an optimal definition for the phrase in the context of the metaverse just yet. However, the idea of a digital identity encompasses much more than merely being represented by a changeable avatar.

Users can acquire ownership rights over their data using the metaverse's blockchain architecture, which also comes with autonomous control over their content and information. The idea that people can create a digital avatar and personal identity based on their real-world identities is the key component of the metaverse.

The main component of the metaverse is digital identification, yet there are still security concerns with this idea. However, reinvent who you are and rethink your activities and values. Modifying behavior means that each person will have to identify themselves from the start as to who they intend to be in the metaverse, comparable to a survey report of behavior (6).

In the long run, this results in a growing level of confidence in these avatars as the individuals they purport to be, and it also helps to create solutions to deal with these problems. An identity that is self-governing To provide people with ownership and control over their data, SSI—often referred to as a decentralized interchangeable identity—is the best option (7).

Avatars in the metaverse can move data points to build a decentralized reputation. The interaction can also serve as proof of identifying the ones representing decent people while remaining anonymous because avatars in the metaverse gather social proof. Along with fostering a sense of trust, this will also permit anonymity.

Even though they are only present in the Metaverse, anonymous developers can still use SSI to generate social proof through interactions and reputation. Users can even alter their avatars in some metaverses to resemble fictitious 3D characters, and some metaverses employ photorealistic avatars. Union Avatars (8) use real-world photos to portray users as their avatars in the metaverse.

Users will want to take more than just a visual representation from one virtual environment to another, along with their online reputation, progress, and accomplishments. This will drive the expansion of digital identity and enable interoperability among virtual ecosystems. There will eventually be problems, but there are also equal countermeasures, so the metaverse's advancing digital identities will progress.

Whether in gaming environments, virtual events, or online workspaces, users can utilize their data as proof of who they are online. Digital avatars will also be a key tool that encourages users to remain longer and frequently connect to the metaverse. This will also specify a person's genuine identity and establish a user's digital footprint as the leading innovation in a field like decentralized finance (DeFi) (9).

Even in DeFi, a crypto exchange can help you get a loan to buy land if you can demonstrate that you spend time creating and playing in the metaverse. This serves as evidence of your online presence without being limited to just one metaverse, but rather a combined data of all metaverses, which is the power of the decentralized web3.

The interoperability of the metaverse allows you to combine your whole online presence rather than being confined to a single-walled garden platform to maintain your history and reputation. Additionally, having a decentralized identity linked to other elements of life, like bank accounts, would increase the usefulness of the metaverse also, by ensuring better data sovereignty and privacy for all users. 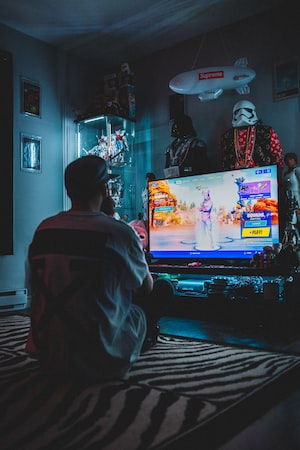 
NFT in Gaming: How are NFTs changing the gaming industry? 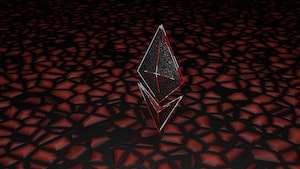