Indian startups and the metaverse

The Metaverse is a revolution that has taken the world by surprise. India as a metaverse consumer, has great potential, and these startups prove how India is getting in tune with this revolution.

The metaverse has had an unimaginable influence globally; every country is fighting to gain a strong foothold in it.

India is no exception. Although introduced significantly later to the metaverse, Indian startups in NFT and the metaverse have started to have a global impact with their resourcefulness.

Here are 6 Indian metaverse and NFT startups with tremendous potential;

Ikonz is a wealth-building platform launched in August 2021 to assist established icons, artists, and IP owners in managing their digital assets.

It aims to assist IP owners in navigating the complexity of technology and comprehending the various methods of monetization and scalability.

The Metaverse is a concept that not many know about; navigating it is extremely tough, and Ikonz aims to help users with this.

The trading of NFTs, digital assets built on the blockchain, increased significantly in 2017. Data aggregator DappRadar reports that NFTs transacted more than $23 billion in value last year and that 2022 has already seen at least three NFT sales worth more than $5 million each.

This data shows that the NFT market is unstoppable and will soon hit big in India.

Although NFTs aren’t popular in India, Kalidindi believes the country will be the next frontier and presents a “huge opportunity” for the NFT market.

He claimed that Ikonz would have many layers, with the management of rights being the most fundamental. (1)

“What CAA or KWAN did for artists in the physical world, we plan to do in the metaverse, NFTs and royalty are just the tips of the iceberg, and we see huge potential for the right holders,” said Kalidindi.

With its second round of funding secures, Ikonz shows a lot of promise and will undoubtedly do well.

One of the biggest aspects of the metaverse is gaming. Ever since COVID-19, the metaverse has revolutionized gaming to an incredible extent.

India recently got its first ever metaverse game called LOKA, which has been met with great enthusiasm.

With the aid of third-party apps, the app provides gamers with a real-time, in-game experience in the real world. The app has also appeared in Episode 12 of Shark Tank India.

According to the teaser on the official website, Cannaught Place in Delhi is featured in the game.

According to the app's preview, users may sign up using a Google or Facebook account and then select an avatar. After that, players can explore the area and meet new people while relaxing in their homes.

Players can tap on the stores to access their apps and make purchases because CP is a marketplace. These consist of Amazon, Nykaa, and other sites.

Keeping in touch with friends and family while maintaining social distance is the goal of the massive metaverse tech movement.

Though tech behemoths like Meta are still working on it, the concept of a completely immersive and interactive metaverse is still rather fanciful.

Although the LOKA game is fairly entertaining for beginners curious about what the metaverse looks like, the concept as a whole is still quite new. (2)

The game design needs work, and they need to have a much larger user base to succeed. Although the company isn’t doing very well right now, it shows great potential, especially due to its basic game idea of a socially accessible metaverse.

What is the Wall app?

Wall app, a social NFT discovery tool introduced in 2021, enables users to quickly learn about and keep up with trends, collections, projects, and other NFT sector stakeholders.

By combining on-chain data and off-chain information, they hope to create a social NFT discovery platform that will enable users to find and keep up with the latest NFT initiatives and personalities.

Users can view NFT statistics on Ethereum on the Wall app, including volumes, price action, sales, leading NFT collections, information on certain whale wallets that influence markets, significant sweeps in the industry, and other noteworthy data.

Additionally, the platform lets users create their lists and curate lists of wallets to see what they are up to.

Wall app is now preparing to debut its beta version. The product reportedly has 6,500 private alpha users, according to the project.

Since Wall App offers NFT analytics for data on this chain, it has access to all of the index data pertinent to the Ethereum blockchain. Additionally, it uses this data to create analytics tables on top. (3)

Wall app has successfully raised $1 million and has a huge target audience, especially predicting the NFT boom in India.

What is Kudo Money?

Kudo Money is the metaverse identity issuance system poised to transform how on-chain identity functions completely by introducing a comprehensive view of identity in cryptocurrency. It offers unique rewards for good on-chain behavior based on user on-chain rankings.

There is now a sizable gap in the market for commercial financing inside the DeFi ecosystem. According to any seasoned economist, this is unexpected because lending is what "turns the wheels" of the economy.

Without it, the market suffers as a result of projects and businesses being slowed or even put out of business due to a lack of funding. This is already apparent in the DeFi ecosystem, where mid to small-cap on-chain businesses and NFT artists frequently lack the credit or operating capital needed to grow.

Due to the dangers associated with the continued lack of KYC/AML in many projects, institutional investors also encounter challenges when trying to participate in DeFi.

There is a clear need in the market for a DeFi debt financier, which would benefit both the investor and the borrower.

Herein lies the value of Kudo Money. This market gap is filled by Bitquity, Kudo Money's Treasury Lending platform, which offers debt financing and operating capital to businesses and individuals, including ICO firms and NFT artists.

Entities may use their native tokens or NFTs as collateral to get loans. This is especially useful for blockchain start-ups since they can now use Bitquity Loans instead of selling tokens to fund project development.

As a result, Kudo has the potential to develop significantly in the future because it meets a market need by benefiting a wide range of stakeholders. This can be an extremely important part of the DeFi ecosystem.

OneRare, a blockchain business based in Delhi constructing a "food metaverse," has secured $2 million in seed funding from angel investors and investment funds.

The "foodverse" is being developed as a method for foodies to engage with the blockchain, connect with their favorite food providers, play interactive games, and create a community around food.

Users will be able to create non-fungible token (NFT) ingredients, sell them on a marketplace, utilize the ingredients to create NFT recipes, and play minigames in OneRare's emerging environment.

The firm will collaborate with renowned chefs, eateries, and food and beverage companies using some of the newly infused funds.

OneRare is building a Foodverse (a food-based metaverse) with four distinct sections.

For instance, the first section is the farm, where farmers cultivate crops used as ingredients. The second is the farmer's market, where growers offer collectors their ripe products.

Similarly, users can read recipes and mix ingredients in the kitchen to make dishes. Owners of NFTs can engage in mini-game combat in the playground.

After raising over $2 million in funding, OneRare shows enormous potential, especially considering its unique and original idea, which is sure to get a lot of traction globally.

If executed properly, OneRare could become one of the biggest food-related metaverse games in the world. (5)

Amid growing interest in the metaverse and gaming NFT, AcknoLedger, a global consortium that maps, commercializes, and distributes Web 3.0 digital assets, has secured $1.53 million in an initial seed round and private sales from a group of over 30 venture capital investors.

Although still in its initial stage, the company has managed to secure good funding, which is bound to reflect its potential.

Since the company targets NFT markets, it should do very well if it is released in time for the NFT boom in India. (6)

The Impact of Metaverse on Startups

Magic of the Metaverse is real and growing rapidly. The social media behemoth Facebook changed its identity to Meta, a business focused on the metaverse and became the pioneer company driving this technological shift. (7)

Another dark horse in this emerging tech trend is Microsoft. They have attempted to incorporate the metaverse in their most recent developments for the past few years. Their most recent invention can use a science fiction test to progress an online meeting or video conference to the next level.

The Metaverse has already greatly affected companies like Meta and Microsoft. Business startups are also influenced by this and base their company model on metaverse.

In essence, the Metaverse enables companies to create engaging digital experiences that appeal to consumers.

Using this platform, brands may create a community that aids in attracting loyal customers and raising awareness. Think of a digital universe that is infinitely explorable and expandable.

Now, marketers are using virtual reality, augmented reality, and 3D environments to enhance their metaverse approach. A new planet is revealed in a series of Metaverse poems called "In the Air." Enterprises have benefited at this point by a billion dollars from advancements in Metaverse technology.

There is still time for businesses to fully utilize the Metaverse's capacity, even though NFTs and the Metaverse have recently been hot topics of discussion. We can see a vision of virtual economic transactions being performed through cryptocurrencies emerge.

A fully developed Metaverse with its cryptocurrency, the potential to have NFT, multi-player gaming, shopping, and more is still a long way off despite India having the highest internet penetration and the lowest data rates worldwide. (9)

More than just having a quick internet connection is required for full immersion in the virtual world. High-tech technology, such as a virtual reality headset, is also necessary to engage naturally within a virtual, three-dimensional world.

Before achieving the level of technology development necessary to take advantage of a seamless virtual experience in the Metaverse, several technical obstacles must be overcome.

No matter how fast the metaverse progresses, there are still a few years before Indian startups can fully immerse themselves in this new technology and compete with western companies. 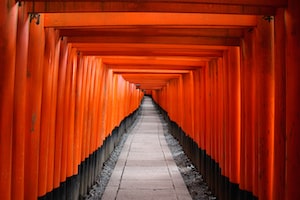 
The Three Pillars of the Metaverse Economy: How important these are for regulating the horizons of the digital economy


NFT valued at over $100 million has been stolen 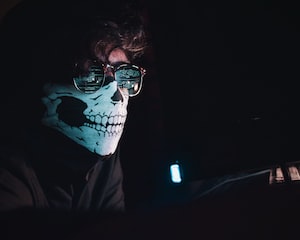