A Newcomer to the NFT Market Place? It was launched by Reddit.

Initially, the NFT avatars would only be accessible to the members of the subreddit called r/CollectibleAvatars. The subreddit is invite-only, therefore not everyone would have direct access to this collection.

A new NFT Marketplace has entered the world of NFT and Metaverse and the company responsible for this new arrival is the social media platform Reddit. Reddit has announced the launch of a collectible avatar marketplace.

The objective is to enable the users to buy blockchain-based PFP, these PFP would be in the form of non-fungible tokens.

The NFT avatars would be stored on the Polygon blockchain. The company has declared that users would not even need to have a digital wallet, all they need to buy these NFT PFT is a credit card or even a debit card (1)

The users can store the NFTs in their Reddit wallets. They can even mint the NFTs if they wish to since the company has entered a partnership with Polygon.

About the NFT Avatars

Reddit announced that it will be releasing a total of 90 designs. The total number of NFT sales going on sale for the early access was revealed to be “tens of thousands”. Unfortunately for us, the accurate number has yet to be revealed. The collectible Avatar is a limited edition. These were made by independent artists collaborating with the company.

Collectible Avatars are limited-edition avatars made by independent artists, In partnership with Reddit, and provide owners with unique benefits on the Reddit platform.

If someone sets their collectible Avatar as their avatar on Reddit, they can mix and match the avatar gear with other Reddit avatar gear and accessories, and their profile image in comments sections will have a "glow-like effect”.

The company revealed that the users who set these collectible avatars as the avatar on their platform, then the users will be able to mix and match the gear with other avatar accessories and gears (2). The user's profile would have a glow effect in the comment section, as proof of their ownership.

Perks of the NFT

Well, one perk we are already aware of is the fact that Reddit will be verifying the NFT owners' avatars in the platform's comment section. So the owners can now easily flaunt their ownership by showcasing their NFTs as their in-app avatar.

Those users who may be able to purchase one of these limited-edition NFTs will have the licensing rights to use them on and off the Reddit platform.

So, How can you get them?

Initially, the NFT avatars would only be accessible to the members of the subreddit called r/CollectibleAvatars. The subreddit is invite-only, therefore not everyone would have direct access to this collection.

But do not worry because, after a few weeks of the initial launch, others would be able to buy them on the avatar builder page. So, all the interested individuals who have not managed to become a member of the subreddit group do not need to lose hope!

The community member will get access to posts about one-off profile pictures(5), they will also get access to details about the setting of the crypto wallets and the Ask me Anything by the artists.

As we already know the collectible NFT avatars are limited editions made by individual artists collaborating with the platform. For the new NFT avatars, Reddit has decided to work with artists belonging to popular communities like r/Comics.

Reddit expressed that its aim has always been to empower and support artists by helping them to create and sell their artwork. They would pay the artist for every NFT that is sold on the platform. The Artists would also receive royalties from the secondary sales of their work on the open marketplace.

“In the future, we see blockchain as one way to bring more empowerment and independence to communities on Reddit,”

“Blockchain-backed Collectible Avatars are one of the early steps we’re taking to test out the potential benefits of this concept on Reddit.”

The implication of Reddit launching the NFT avatar marketplace is very deep. They had already begun the testing of features that would allow them to use the NFTs as their profile pics (6). They were testing to see if the users could use Ethereum-based profile pictures as their PFP, this move on their part indicated that they are ready to explore more features of the NFT technology.

Reddit has already been planning to use blockchain technology as a way to empower the independence of the communities on Reddit.

“ Reddit has always been a model for what decentralization could look like online: our communities are self-built and run, and as part of our mission to better empower our communities, we are exploring tools to help them be even more self-sustaining and self-governed.”

The company has already launched an Avatar builder two years ago. The aim was to engage the Reddit users to create a custom Snoo. Snoo is the nickname that is given to Reddit’s alien Mascot.

The collectible avatars are stored and managed by Vault (7), it is a digital wallet on Reddit that is powered by the blockchain. The Redditors use the Vault to store their Community points. The collectible could be sold on the secondary market like SuperRare and OpenSea, but till then the non-community members would have to wait till public release.

For now, Reddit has only involved itself with NFTs, they have managed to keep their hands out of the Crypto business, therefore the purchase of the Collectible NFT avatars could only be bought using government-issued currency. The process would be quite similar to the Reddit users buying  Reddit Coins or Premium.

With the launch of the new NFT avatar market project, Reddit has now joined the long list of companies that are involved with NFTs. 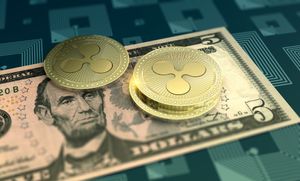 
CrossTower and Ripple in a Partnership! 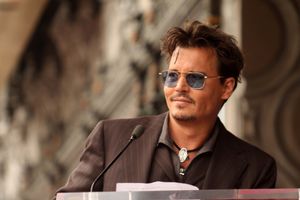