The gameplay of Sandbox Metaverse - Explained.

A complete guide as to how The Sandbox works, functions, and how games are being designed in it.

The idea behind Sandbox

Imagine a world where you can create buildings, bridges, cities, and countries and change the entire environment as you like it. You can make rivers, oceans, and mountains all at your discretion.

The Sandbox is the virtual world that makes all this come true; it is an open world that lets users create a world of their own.

They can build anything they want and later monetize their creations.

The gaming experiences the user creates are not limited by science, thus making it so that anyone can build something out of their wildest imagination.

Floating cities, upside-down buildings, your imagination is the limit.

The Sandbox hopes to harness the imaginative power of its users and let them earn money for their creations. (1)

The Sandbox is most well-known for its two massively popular mobile games, The Sandbox (2011) and The Sandbox Evolution (2016), which together attracted 40 million downloads on iOS and Android.

The Sandbox has taken inspiration from games like Minecraft and Roblox in-fact users will find that Minecraft and the sandbox have a lot in common.

So then, what makes The Sandbox different?

A few points that make The Sandbox different, first and the most meaningful of them all is “Creation Ownership’.

Now, what is creation ownership?

Traditionally in games like Minecraft, whenever a user created a beautiful building or structure, he could share it with the world, and soon everyone would be able to make it themselves. (2)

This left the original creator with nothing; no one would remember that he was the one to create this structure originally.

The bottom line is that the original creator would never be able to own his creations; this greatly affects how creators work.

The sandbox completely changes that; every time a user creates something, he becomes the sole owner of that build, and through a combination of smart contracts and NFTs, he can keep this creation for himself until he wishes to sell it for monetary gains.

This ensures that the creators are more motivated and are being compensated for their work. (3)

The second big difference between Sandbox and games like Minecraft is the 3D modeling and animation.

You could not edit humans or horses or even make vehicles; basically, you were stuck in a 2D modeling world where you could make buildings and such.

The Sandbox takes this one step further, allowing you to make things come alive literally.

The sandbox allows you to animate objects, thus increasing the flexibility of your design; you could create games where the users have to interact with horses or vehicles.

These horses or vehicles would be animated with Sandbox’s UI help.

As Sandbox is a game that allows you to build your reality, the game has seen tremendous results.

This all seems great, but what is the actual gameplay like?

The three interconnect products are ;

Traditionally making a game requires weeks and weeks of coding, but not anymore.

With the help of Sandbox’s game maker, you can easily create games without coding anything.

You can create and explore 3D worlds without worrying about coding.

The game maker is a revolutionary technology that has been carrying the Sandbox for years.

Although games like Minecraft also have a ‘maker,’ they are nowhere near to what the game maker of Sandbox can achieve; the game maker goes beyond simply making structures and buildings; it lets you make a 3D environment that functions as you, the creator sees fit. (4)

3D modeling has always been tough, but the Voxel Editor makes it much simpler and easy to use.

3D modeling required weeks of work just to create one frame, you had to use different applications, and only computer designers could do so.

However, the Voxel editor enables users to design and animate 3D things, including people, animals, cars, plants, tools, and other objects.

VoxEdit may be used to swiftly construct stunning objects by manipulating voxels, which are square 3D pixels that resemble building blocks.

These voxels are the building blocks for 3D modeling and can be used to create anything.

A user's objects are NFTs that can be sold and traded in the sandbox marketplace.

This means that if a user creates a stunning animated Vehicle, he could earn a lot of profit on the sandbox marketplace. (5)

Like any other NFT marketplace, the Sandbox marketplace allows users to sell, buy, and trade created products.

To provide decentralized storage, creations are first uploaded into the IPFS network and then registered on the blockchain to establish ownership.

Once registered onto the IPFS network, they officially become NFTs that can be traded. (6)

How is the economy handled in such a game?

Three types of tokens used in Sandbox handle the economy in such a meticulously designed game.

Land is about real estate; once a user purchases a piece of land in the form of an NFT, he becomes the sole owner of that land.

Once that is done, the user can create anything he wants on his piece of land; if he wishes, he can also sell his land just as he would with any real-life situation.

SAND is the official currency in Sandbox; all transactions take place in Sand.

Anything the user creates through Voxel Editor can become an asset; once any creation is registered, that creation becomes an asset.

An asset can be sold or bought in the Sandbox marketplace through the cryptocurrency SAND.

The future of Sandbox

The price prediction of Sandbox puts it in a very good position; technical analysis shows that the minimum price by the year 2025 will be $2.27, and the maximum will be $2.81 Per SAND.(7)

Price-wise, the game is doing well, and the UI shows no issues.

Although the graphics are subpar, Sandbox remains one of the best creation games.

The Sandbox has revolutionized gaming, allowing users to create their own games, giving the users all the powers.

With such features, the game will show exceeding results in the years to come. 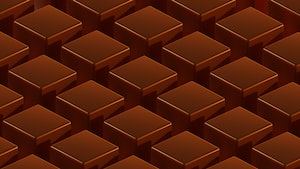 
Quik.com vs ENS Domains: Which NFT Domains are better?


What is VR, and why are its jobs dying down in meta? 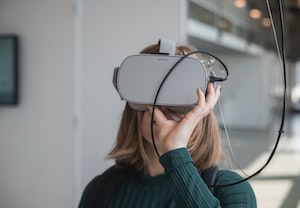