The fascinating future of the Metaverse and Web3

Metaverse has now started incorporating Web3 technology; this technology is based on blockchain technology; it is set on making the virtual experience more and more life-like. 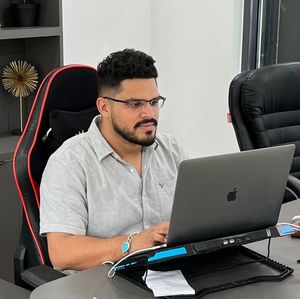 Living in a world of social media and high-speed Internet, it would not seem weird to expect the virtual world to replace our physical world gradually. Who hasn't dreamed about living in such a world, and this dream might come true shortly (1)?

Metaverse functions just like the real world. It has a digital economy that the creators and infrastructure providers have created. It can change many things, and the concept of virtual reality is now becoming more and more familiar.

Metaverse has now started incorporating Web3 technology; this technology is based on blockchain technology; it is set on making the virtual experience more and more life-like. Soon we might expect many physical activities in the real world. Metaverse is the outcome of the rise of internet technology and its growing importance among the world's population.

Web3 is a decentralized internet based on blockchain and DAO (2). DAO, the abbreviation of decentralized autonomous organization, is a member-owned community where the control is in the hands of the members and not the government.

Both Web3 and Metaverse are considered to be the future of the Internet. Web3 (3) is based on the blockchain; it includes anything that is the vision of the future Internet. It is decentralized, permissionless, and trustless, providing the users full control over their digital assets. The core concept of this elaborate system is decentralization.

Metaverse and Web3 facilitate the users with decentralized and democratized internet use. They are set to revolutionize how the InternetInternet is viewed today!

So, you might become curious about these things after learning how Metaverse and Web3 may become the future of the Internet and an important part of ours. Therefore, let's attempt to explore Web3 and Metaverse to understand how they might impact our lives in the future.

Metaverse? What is it exactly?

What is Metaverse? The Metaverse is the virtual universe. The world is now becoming digitized; users utilize digital services and engage with many People and Apps daily. The term first appeared in the Sci-fi novel Snow Crash (4). The novel depicts the term as a kind of virtual reality world.

The term 'metaverse' has become mainstream; it has become the seed that might germinate into a giant virtual reality tree. Currently, this term is used to refer to online spaces like games. These games are used as a venue for the virtual world; these games are considered to be part of the metaverse experience (5).

Metaverse is a very complicated concept that is very difficult to grasp; Metaverse is an umbrella term used to refer to all the major changes we might expect in the future. Metaverse

The future of the Metaverse includes virtual gaming reality, where the virtual world continues to exist even when you are not playing the games. It is a complicated combination of real and digital reality. Users trade, buy and sell goods through this platform (6).

This concept is based on interoperability (7), where the users get to buy and sell virtual items from one platform to another; At the same time, this may not be an easy task; using portable digital assets is possible but very complicated. Now, the question arises isn't this already possible with games like Fortnite and World of Warcraft? These games are like small examples of what the InternetInternet might become in the future.

Interacting on the InternetInternet will become more convenient with the gradual rise of technology. Many tech giants are working on making this virtual dream come true. They are trying to build infrastructure to facilitate virtual experience (8).

The future is unlimited with the rise of the Metaverse; Virtual reality might soon become part of our reality!

Web3 is the next generation of the Internet; we are living in the transition period of the Internet, where Web2.0 might slowly be replaced by Web3.0 (9). it represents concepts where users have the freedom to create and own their digital creations; these creations are part of their digital assets that they can trade through various platforms.

Now one might wonder what Web2.0 is and how it is different from Web3.0. Well, in simple terms, Web2.0 is the InternetInternet we use in today's time; companies usually provide our services in a centralized manner. The companies own your content.

How is that even possible?

To understand this, let us take an easy example. For instance, if you are using Facebook to post content, you might be mistaken that you own the content you produce, that it is your property, but that is where you are wrong. When using a platform, the content produced there is owned by the platform. They control your content; if they want to remove it or stop you, they have every right to do so.

Web3 allows you to control and own the content you have created. It functions on blockchains and gives you a decentralizing and democratizing experience. So, does that mean I can own the data? Absolutely! (10) Not only do you own the data, but you can also have permissionless transactions governed by a peer-to-peer network. This way, you can bypass the middleman if you have the InternetInternet and crypto wallet.

It helps the user to have a unique digital identity, and how they use this identity and whom they share it with is under the control of the user.

So how are they different?

To understand how is Metaverse different from Web3, we will now go through the differences that can be pointed out between them:

So, why do people confuse them for each other?

Many find it difficult to differentiate between Metaverse and Web3 because both are very vague, and there is no defining line around them. These concepts are still being worked on (14).

Another reason for this confusion is that both of these are referred to as web 3.0, which is the new generation of web, and the only point of differentiation is that it is different from the current Web2.0.

We already know that sooner or later, Metaverse might take over the physical realm, and our world may shift to the so-called virtual world, cyberspace (15). We are already expecting that this dream may become a reality by the end of the next decade; the irony, though. We expect to replace the physical world with another virtual reality.

The concept of what might consist of the reality for humans might change because of the rapid advancement of technology.

Metaverse is about how we will be interacting and communicating using technology. Does this mean in the future, we might live in augmented reality? That is very much the possibility.

Would this world persist to exist even when we are not using it? That is the basic idea; this augmented reality is set to give you an immersive experience, where you will experience a hybrid that lies somewhere between the digital and physical world. For sure, it would be an interesting experience (17).

Many Tech giants like Meta etc., are working on this project of the Metaverse and are bound to succeed shortly.

The merging of physical and augmented realities and the merging of Virtual and physical economies is one of the founding bases of the concept of the Metaverse. Metaverse may provide applications like virtual reality, video games, hardware and software technology, etc.

Web3, the future of the Internet?

Web3 is bound to be the stepping stone for the future of the Internet. Web3 is anticipated to play an important role in how the internet changes in the future. There is already a conversation about Web5 (18) going around the world. Web3 is still developing, and the announcements about the potential development of Web5 are already threatening the position of Web3.

Web3 is based on blockchain technology that strives to give control of your data. Ownership of the data and the content flow are the major factors on which this revolutionary idea is based (19).

You might have enjoyed using traditional centralized services, but what you might regret is how these centralized domains are controlling your data. You might not like this aspect and want a much more decentralized experience. Web3 helps you in this regard through the use of blockchain technology.

Web3 allows having a unique identity and moving around platforms because of portable content. This means you can change the platform, and your created content will shift to the platform you have changed to (20). This allows scope for selling, buying, trading, and managing content by the users. One popular example is cryptocurrency.

Metaverse and Web3, are they the future?

We have gone through a lot of information in this article to answer many important questions that you might have raised in your head. All this explanation and bulk of information then lead to the question: Are Metaverse and Web3 our future? If so, how will they impact the future?

We can say the idea of living in virtual reality and having more control over our digital assets is something we have dreamed about for a long time. Metaverse and web3 today are like stepping stones; they are the foundation on which we will base the progress of our future.

Both Metaverse and Web3 complement each other quite nicely (21). Imagine a decentralized virtual reality with no middle man and the power to control your digital assets in your hand. Won't that be a dream come true?

You will experience augmented reality and have your data privacy secured with no meddling from another platform. You don't need to rely on centralized servers to provide their service, their role is removed, and therefore they have no sway over your data. Your data would be much more secure because you would get to use it the way you want.

Many companies in today's time have failed in securing our data; they breach user privacy and do not provide sufficient data security. Therefore, we observe that both web3 and Metaverse complement each other quite nicely. They would be the best option for decentralized usage and user ownership agenda. 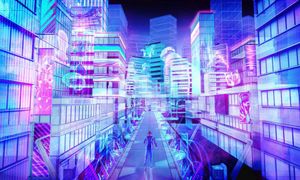 
Is Metaverse the future of the internet? 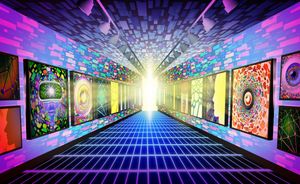