Everyone knows Meta to be the leading constructor when it comes to the metaverse, but that may not be right. The US military has joined this endeavor and is performing some miracle feats with it. Here is a look at the US militarising the metaverse.

It seems like every company these days is aiming to make its metaverse, whether huge companies like Meta or the US military.

That's right, the US military, according to the latest reports, is planning on building its metaverse. What does this mean, and why would they do that? Let us take a closer look at this new endeavor.

What is metaverse military?

So far, the metaverse is thought to be a science toy for rich tech companies that hope to incur profits from it, but this thought is flawed.

The Metaverse has a real presence that can help humans achieve a second world, an experimentation world, if you will. The metaverse military revolves around the concept that armies will better themselves through virtual training and practice, which is something that will benefit them in real life. (1)

The military ultimately requires a digital clone of Earth with real-world fidelity and density. The military metaverse uses many of the same technologies as commercial metaverses, such as cloud scalability or VR/XR/AR.

Military initiatives with a clear objective—to improve training for the service members tasked with defending us—including the US Army STE and UK MOD SSE. However, the US Army has a specific timeframe for STE and is actively funding prototypes to realize its vision, but we are unsure of the timetable for commercial metaverses.

The US Army STE will be the first to unequivocally show that the metaverse is not just science fiction or big tech marketing if it is successful. (2)

Need for a military metaverse

The interconnection of the numerous defense virtual worlds should reveal the defense metaverse's actual value, provided interoperability is prioritized in designing these virtual environments from the beginning.

A defense metaverse could provide a variety of discrete warfighting and societal benefits. With minimal human effort, an iterative feedback loop should be created by integrating virtual activities across the Department of Defense. This will ensure that any lessons learned from training, education, or recruitment may be used to test and experiment, and vice versa. (3)

Training, experimentation, and mission planning will be the main priorities of a military metaverse. Its primary distinction from previous for-profit metaverses will be its commitment to providing a high-fidelity digital replica of the current world.

Very few commercial applications will need a complete digital twin of the earth. For instance, customers won't need a realistic 3D metaverse representation of their neighborhood mall. However, a precise 3D model of a target area is essential for mission rehearsal in a highly sensitive environment.

Beyond conventional physical institutions, a metaverse might be able to offer service members a safe means of exchanging goods. Many government workers and military personnel will also invest in cryptocurrencies, giving them access to virtual goods, services, and some of the special advantages now associated with cryptocurrencies, tokens, and exchanges.

Due to the potentially serious financial and security threats, personnel and security officials must offer advice and training on cryptocurrencies and the metaverse.

The US and the metaverse

You immediately notice something when you examine the many elements of the Metaverse, such as AR helmets, VR worlds, and 3D simulations. The military has long employed these elements for training and drills.

However, there are significant contrasts between what the military envisions for the Metaverse and what the business world plans to accomplish.

Control is the key distinction. The military wants a closed system that it can control, whereas Mark Zuckerberg and other Silicon Valley businesspeople want to establish an open society that anybody can join.

The US military has been training its pilots and sailors using virtual reality for the past ten years. For instance, in 2019, the military agreed to pay Microsoft $22 million to purchase 120,000 VR headsets for use in training. (4)

Additionally, the military uses VR to treat PTSD in soldiers by simulating the traumatizing circumstances. According to studies, doing so can help patients resolve their problems and lessen their symptoms.

For instance, an Army hospital in Tampa has employed technology to good effect in helping veterans reconcile the traumas of combat and assist in their reintegration into society.

The Metaverse appeals to the military as a safe, secure environment to perform operations. Such conditions would enable the military to test new techniques, tools, and plans without endangering the lives of its personnel.

One may argue that the military forces have used different metaverses for a long time, although clumsy and compartmentalized. Since the 1980s, when the military initially developed SIMNET (short for "simulation networking"), which was the first demonstration of an extensive simulator network for team training and mission rehearsal, the military has been connecting virtual worlds for training purposes.

The US military has been working on the idea of the Metaverse for a while; they've gotten positive results from their tests and have utilized it to address problems in the real world. (5)

There is a reason for the military to take these trends seriously without falling prey to alarmism or heady futurism, despite the ease with which one might roll one's eyes at some perplexing recent purchases by non-fungible token groups or chuckle at the sheer absurdity of some recent depictions of these developments.

States that efficiently use developing technology and innovate organizationally and operationally around them can command an enormous geopolitical advantage, as researchers in the subject of security studies have demonstrated.

The metaverse is real and will have much greater influence than everyone anticipates. This is the only conclusion that can be drawn from all these discoveries and concepts. 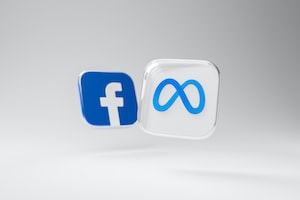 
Instead of realism, the graphics in the metaverse emphasize community and accessibility. 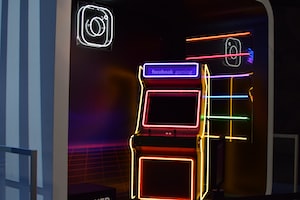