Metaverse is the futuristic persuasion toward the social connections facilitated by virtual reality. A hypothetical iteration augmented as the three-dimensional (3D) internet driving you through the parallel universe where everything is not real but is close to reality.

Metaverse is the futuristic persuasion toward the social connections facilitated by virtual reality (1). A hypothetical iteration augmented as the three-dimensional (3D) internet driving you through the parallel universe where everything is not real but is close to reality.

This invention is often linked with the advancing demand for virtual reality technology and is also influenced by web3 for creating a decentralized network.

The term "metaverse" originated from the 1992 sci-fi novel "Snow Crash" by Neal Stephenson (2). The Metaverse concept is not new; it has existed for decades.

But, it became popular and mainstream when tech giants like Facebook (3), Apple (4), and many others announced their metaverse projects. Which also created multiple possibilities and assumptions over the parallel universe and its existence.

But the pandemic gave it a boost when people started to avoid physical interaction. Even businesses started working remotely by accessing the virtual working modules.

A visionary evolution of the internet, the Metaverse. The fancy space will require a goggle to experience virtual reality, but you can still have your existence established without the goggles.

The virtual world revolves just like the physical world. Even if you enter into it or not, it will keep operating. So once you are done playing a game or your social interaction in the Metaverse and wish to come back to reality, the Metaverse won't end like a zoom call.

Investors have already started establishing plots and lands in the Metaverse, creating a replica of the real world with Barbados indicating it wants an embassy in the Metaverse.

All you need to enter and access the Metaverse

For accessing the Metaverse, all you need is a VR/AR headset to gather all the aspects of the virtual world. Still, an internet, a smartphone, or a system with enough processing power is also okay for you to establish your existence in the Metaverse.

A digital wallet will link you with the Metaverse and give you access to purchase, sell or rent property and assets in the Metaverse. Once you have all the equipment, this is how you can enter the virtual world.

You can customize your character according to your appearance or your imagination.

Once you get your avatar customized, it is now time for you to enter the Metaverse. You will begin with the entrance where already established plots and lands exist.

Once you explore every concept of the Metaverse, you will be introduced to various sectors that exist in the Metaverse, such as gaming, entertainment, trading, education, and also real-estate.

You can interact with other players while gaming in the Metaverse, alongside attending live music concerts of your favorite celebrities.

Also, Manchester City & Sony are planning on building a virtual stadium to allow its fans to enjoy the game in the Metaverse.

With the introduction of the Metaverse in multiple trading sectors, the value of the digital currency will eventually boost. Alongside collections, assets such as NFTs will hike users' reach, which already cost millions.

You can acquire education with a 3D learning model, making it easier for you to understand the chapters and complex solutions.

Also, several tech giants and individuals are set to buy lands and properties in the Metaverse, giving them rightful ownership of the virtual property.

There are many ways for you to interact in the Metaverse, just like in the material world. The Metaverse is built as a replica of the real work, which exists digitally but operates similarly.

With Meta being already introduced, other tech companies are also on the verge of developing several communication options on the Metaverse.

You can meet, talk and even get married in the Metaverse. The world might exist virtually, but the impacts also occur on the material world.

Is the Metaverse free for everyone?

Metaverse already exists and is not owned by any individual entity. You do not require a subscription to enter the Metaverse. All you require is the network connectivity and the hardware that will let you experience the Metaverse.

The charges on the internet and hardware vary depending on your selection of plans but entering the Metaverse, you don't need any permission or a monthly/yearly plan.

Though the various entities that exist on the Metaverse might require you to pay, it depends on whether you wish to access those applications or not.

You can also make money in the Metaverse.

Many investors are looking for property, real estate, and digital assets to invest in the Metaverse. Mainly holding a piece of land has been a new obsession for investors.

Buying a land depends on the market value and the hype it holds in the Metaverse. Remember, if many people are investing in a land similar to what you purchase or even in the neighborhood, it might lose the audience's interest, eventually decreasing the value of your investment.

A metaverse land value depends on the demand it holds in the metaverse community and not on what your land has to offer.

There are many ways to earn money in the Metaverse; understand that it may not be real, but it exists. Whatever you buy or sell in the Metaverse eventually gets affected in the material world.

Also, analyzing the place and the land before your purchase will make it easier for you to identify the right choice.

How is the Metaverse affecting work culture?

The Metaverse has created an evolution in social interaction and communication, upgrading technological advancements and new sets of virtual representations.

Attending a 2D meeting where you have to stick yourself to the camera and take notes, this concept has gotten a slight change. The virtual 3D world by NextMeet and PixelMax has created a wider aspect to view the office culture in the Metaverse.

A 3D office world where you can chat, work, and even share documents and ideas in the virtual world. You can view your colleagues and their avatars and track their location.

You can ask them for a free chat or call your head for a quick brainstorming session. One of the key features that almost vanished due to the pandemic was to have a free talk about the company with your colleague, which also might help your click ideas to help the company improve.

The virtual world also allows you to explore outside with forest and beach views and have a beachside meeting. You can also order food in the virtual world, which will be delivered to you in the material world.

The Metaverse is a virtual generation where your virtual avatar explores the virtual world. You can buy the real-estate property or even own digital assets.

A VR headset is what you need to experience the parallel universe. The Metaverse technology is advancing fast, and you might also experience touch via haptic gloves in the future.

There are several reasons for Microsoft Corp. (6) to purchase this franchise, as this deal will make Microsoft the third-largest gaming company in the world.

Along with already claimed metaverse games of Microsoft Minecraft and Halo, Microsoft is willing to push the competition against PlayStation by introducing more Metaverse claimed games like Call of Duty.

Mark Zuckerberg opened a new chapter towards the future by introducing Meta, replicating its usher in the Metaverse (7).

Facebook realized social interaction to be the key feature of the Metaverse after the pandemic when everyone and the growing generation who wished to escape reality avoided physical contact.

This evolution will allow everyone to explore the virtual world, connect and also interact, everything virtual.

Walmart entered the competition by opening its doors in the Metaverse by introducing its cryptocurrency and non-fungible tokens. With several fillings, Walmart is set to curate and sell virtual goods along with its virtual currency (9).

The VR/AR Competition for the Metaverse

The bars are already high with tech giants and their innovative introduction to VR/AR headsets that will allow users to step foot and experience the Metaverse.

To experience the Metaverse with the full-fledged virtual entrance, you require a VR or an AR headset. This has boosted tech giants' ability to create VR/AR products.

This has not just created multiple segments into the Metaverse but also multiple job opportunities with hundreds of listings by many tech giants.

Meta introduced the Oculus Quest 2 VR headset for $300, which does not require a pc or a gaming console to operate, which boosted it in the competition.

This was originally invented for gaming with the nickname Baraboo (10). But the emerging growth of Metaverse took a turn towards developing a device suitable to all sets of Metaverse.

With 100's tech giant employees, Apple has been trying to build AR/VR headsets that will improve the user experience over the past years (11).

Along with its ramping to join the race, Apple is also trying hard to introduce its AR/VR headset soon as the purest product of the Metaverse.

The famous and awaited project Iris of Google will be launched by 2024. This device forecasts a futuristic experience to users with its outward-facing cameras that blends the computer graphics and creates a video feed of the real world.

The headset is powered by a custom google processor, just like the google pixel, which runs on android. But, a personal OS is also in the making.

Another secret project of Google, Google Glass (12), is kept under tight security, which requires "special keycard access" and "non-disclosure agreements." With the competition increasing, there are many more inventions to be witnessed.

You are not late

Collecting non-fungible tokens and investing in crypto has already been into existence which has proven to be an important key toward the Metaverse for future transactions in the digital world.

To invest in the parallel universe, you will require digital currency. But having a digital wallet is also enough for you to access the Metaverse.

The Metaverse is the future of the internet. You can interact, communicate and even live a digital life. You can even experience your office culture in the Metaverse as many businesses have already started to adopt the virtual world experience.

Metaverse existed even before we realized it, but the advancing technology has just begun. Gaming has already advanced the features of the Metaverse, and so are the rest of the industries trying hard to stay in the race to establish existence in the Metaverse.

A digital world will allow you to experience your imagination and let loose reality escape into the unreal world. 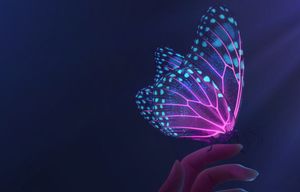 
The fascinating future of the Metaverse and Web3